A web service is a collection of protocols (SOAP/HTTP) used for exchanging data between software applications written in different programming languages and running on different platforms through internet.

Webservices are generally SOAP based or Rest based.

Components for SOAP based WebService

SOAP is protocol like HTTP that can be used to communicate between two application like Java and dot net.Every SOAP have a request message and a response message.Each SOAP message is send as SOAP envelop as shown in the diagram below 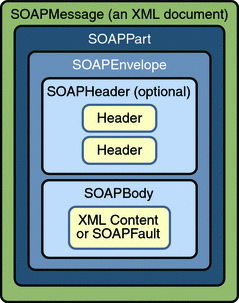 WSDL (Web Services Description Language)   WSDL is the contract that tells the client who is consuming the webservice the available method expose by the server who is exposing the webservice. WSDL url ends with WSDL at the last, example as below. It is a xml document, it can be opened in the browser also

This is an optional component, this is like a telephone directory were we can lookup for all the available wsdl exposed by a organization.

Types of WebServices in Snow

There are mainly 2 types of web services in SNOW: Inbound and Outbound

For example, we create an application that can create an incident record in service now.

Every table in service now have a WSDL exposing the methods that can be triggered from outside.To check any table WSDL, just suffix? WSDL at end of the table

Outbound WebServices is used when snow communicates with an external app to collect some information.

For example, we want get all CI information from HP uCMDB using WebServices exposed by uCMDB.

We have to use inbuilt ServiceNow API to call a WebServices. Most of them are auto generate. We have to use them and do minor changes based on our needs.

To know the script, open any SOAP message and follow the below steps

In the new window scroll down and click preview script usage

In this use case we are going follow below strategy

Step 2: Then click on “Generate Sample SOAP messages” .If successful It will list down all the available function in the webservices

Our WSDL import is done now

Step 3: We need to verify one of the WSDL methods Click any one of the function and the next window opens

Step 5: Create a destination table where we want to finally import the data The table will have only 2 fields ci name and ci location

Step 8: Now before executing the script, we have load a dummy excel for the first time and create a transformation map.

Step 9: We are now going to call the webservice and populate the staging table using script

Step 10 Finally we can put the script in a schedule job so that can keep on pulling data from uCMDB.

Step 11 Then create a new job with the below script

Step 12 To test it, click on Configure Job Definition

SOAP SOAP is a protocol which was designed before REST and came into the picture. The main idea behind designing SOAP was to ensure that programs built on different platforms and programming languages could exchange data in an easy manner.

REST This was designed specifically for working with components such as media components, files, or even objects on a particular hardware device. Any web service that is defined on the principles of REST can be called a RestFul web service. A Restful service would use the normal HTTP verbs of GET, POST, PUT and DELETE for working with the required components. 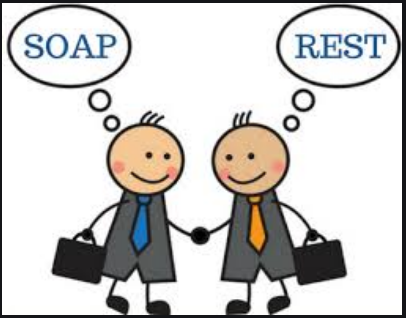 Which is more secure SOAP or REST?

SOAP has provided an added extensions for transnational messaging addressing specific security concerns. SOAP has came long back and has been successfully accepted and used in large enterprises. XML-Encryption, SAML token, XML-Signature to name a few screwed tightly the security story over data being received by and sent from a SOAP service.

On the other hand, REST does not implement as such specific security patterns. REST keep its focus on how to deliver and consume data, not how to build in safety while you exchange data. In REST patterns, it is imperative to give attention to amount of security in code, deployment and transmission, instead presuming as something that comes out-of-box.

If you are about to implement API within your project, use comparison points between REST and SOAP as a guide:

SOAP is the best choice in projects developed and containing crucial private information such as finance, banking, and alike. However, you don’t need to use SOAP while developing mobile app that sends the day’s forecast as you don’t need extra security in that.

Though it sounds like SOAP has total advantage over REST, but a good REST implementation benefit much to an enterprise instead of using a poorly-designed SOAP API. SOAP has built-in error handing for communication errors via tha WS-ReliableMessaging specification. On the other side, REST has to resend the transfer whenever it encounters an error.